RUSH: Salena Zito is a great American journalist and writer working out of purpose. She writes for a number of places, the New York Post, Washington Examiner. She has a piece here at American Greatness. I never go for conventional wisdom and I'm not a conformist. You'll never find me in that mob of people where supposedly resides the conventional wisdom. Not that I purposely find out what it is and avoid it. I literally am not part of it.

Whatever the groupthink is, all my life I'm not it. I'm always outside it. It's why I would never have succeeded in the corporate world. I can't conform enough. Just can't do it. I tried it for five years. And after the first three, I was miserable. So I've always found myself in thinking and in opinion outside the conventional wisdom. But I've never understood why you want to think what everybody else thinks. I mean, habitually. Sometimes it can't be avoided because certain things are just obvious.

But as a matter of routine, I guess it's safe, and I guess it's a way to get admittance into a club, whatever the club is made up of. But I've never been able to just automatically end up in the conventional wisdom category. And one of the bits of conventional wisdom every election -- it doesn't matter -- is the youth turnout is gonna shock everybody and is gonna send the Republican presidential candidate reeling.

Every four years. Every four years we are told this. That the youth are livid. In this case, we're talking about Millennials and the generation behind them. That they're livid, they're fed up, they're not gonna put up with it anymore, they're gonna turn out, they can't wait, they hate Trump, they want to elect Biden, they want to get rid of the police, they love Black Lives Matter.

And then the election happens, and, you know what? They don't show up. The turnout of this magical youth vote never materializes, and yet every four years we are treated to how the youth vote is gonna rock the nation. Well, Salena Zito's piece, American Greatness, "Senior Citizens Will Be the 'Deciding Factor' in 2020 Election."

And you know why? 'Cause they always are. And you know why? Because no group turns out to vote in greater numbers, either in real numbers or as a percentage, than seasoned citizens. Do you know why that is? Because they've lived long enough to know the stakes. They've acquired enough knowledge, information and wisdom to believe that their vote can actually matter.

They know more than people 30 years younger than them. And that's not an insult. I mean, you can't replace 30 years of experience or 30 years of living. Now, we hear all the time that the youths are gonna go out and they're gonna vote against Trump, that they can't wait. And then we hear the blacks are gonna do that. Oh, yeah. The blacks, Black Lives Matter, then the Hispanics. And then the college educated suburban women. Oh, yeah. And they hate Trump, and they can't wait to go and they're gonna get rid of Trump, and we're gonna get rid of Trump in 2016, couldn't wait to vote for Hillary.

Now Salena Zito is telling us that it's gonna come down to what I think may be the most screwed up, messed up, generation in history, my generation, the Baby Boomers. Do you know what's wrong in this country, folks? The sixties never ended. That's what's wrong. We're still living the 1960s. We're still living the era of Bill Ayers and the Weather Underground, just under different names.

They were never defeated. They just continue to plug away, and now they're Supreme Court justices and they are college presidents and they live and work in the State Department. They don't blow up buildings anymore, they get inside the buildings and corrupt what comes out of 'em. The Baby Boomers, who produced and educated the Millennials.

She writes, " "Over the past several decades, Republican presidential candidates have been able to win the senior vote, with only a couple of exceptions." She talks about an ad here, presidential ad. "The most important bit of information in the ad is her age. She is 82 years old, and strategists and experts agree she and her peers may be the most important voting bloc in November's election. Not the suburban soccer mom, not the suburban security mom, not the NASCAR dad and not the," youths. 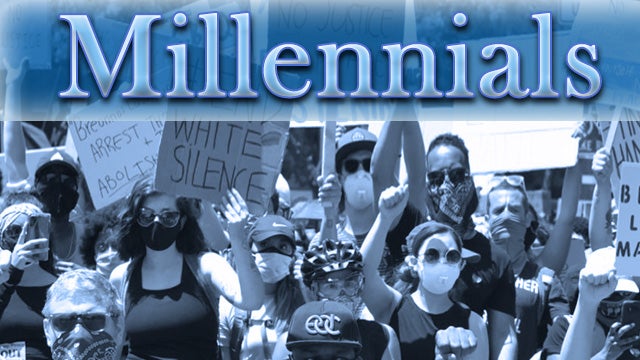 And Washington, D.C., based Democrat strategist John Lapp, who I never heard of, don't care, agrees. He says, quote, "I do think that seniors are the key demographic; the key swing group who will decide this question. Right now, Donald Trump's numbers with them are cratering, and they're moving away from him. People that he used to be able to count on are not there for him." End of statement.

"Four years ago, Trump won these voters by 7 percentage points. In the latest Washington Post/ABC News poll, Joe Biden has a 10-point edge among registered voters nationally. The poll was taken at the end of May during the height of the pandemic shutdown, and before the riots and protests that followed George Floyd's death in police custody. It was also taken before the surge of Democrats who support defunding police swept the nation."

Now, here's what's gonna happen here, folks. Like I told you when the program began, I've got a friend out there very frustrated that the media is covering up the fact that Joe Biden's brain isn't working. And I admit that that's a frustrating thing, but the media is who they are. The media is not going to highlight the shortcomings of the Democrat presidential candidate.

And it was the same thing with Hillary. You know, Hillary had all kinds of physical problems. She couldn't get on the bus. She couldn't walk down stairs. Hillary Clinton, the worst thing that she could ever do was go out and be seen and heard in public. When she stayed quarantined and sequestered, her numbers went up. She was not a likable person.

Biden's purely a placeholder. And largely because no other Democrat was able to oust him, and he can coalesce the black vote. If the Drive-By Media were to ever literally expose Biden's mental problems, it would be over. Now, I will say there's one caveat. The Democrat Party today and its voters are so consumed with raw, savage hatred that I don't think for a sizable percentage of them it would matter.

Biden could be presented as the mental deficient that he is, and it wouldn't matter to them because their hatred of Trump is such that they would vote for a rabid bat instead of Trump. It doesn't matter. But there is a group of people to whom it would matter, and it's this very group Salena Zito is writing about, the seasoned citizens, because they know, they know about the problems with Alzheimer's and dementia and other shortcomings that result from having age related brain disorders. And Biden has plenty of them. 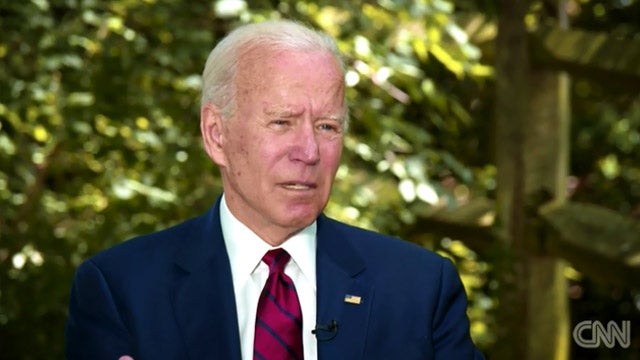 And if they were ever to find out, if they were ever to see, if it were ever presented to them, just how lacking in mental acuity Joe Biden is, it wouldn't be a contest. They are not gonna vote for this. So the Democrat Party cannot afford for Biden to come out of the basement, particularly in an unscripted -- like a debate -- or just, you know, a random traditional press conference, they can't permit it. It's getting to the point where they can't even trust him on a teleprompter.

And he has a number of different behaviors like that that give away the fact that he can't maintain a train of thought. So I'm telling you that the Democrats and the Drive-Bys, the media, are living in mortal fear. How do they literally keep this guy sequestered for the next 117, 18 days without people getting suspicious about it? The thing that helps him is COVID-19.